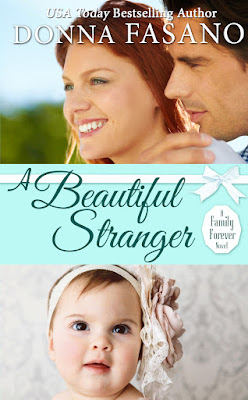 When Sean Hudson arrives to claim his new daughter, he discovers the adoption hinges on the impossible. Unless he finds a wife immediately, the tiny orphan will be snatched away from him forever. But before Sean can abandon hope, a beautiful stranger proposes a surprising solution—marriage.

Sean swears the love in his heart is only for his soon-to-be daughter. And that is perfect for Nicki Willis, whose restless spirit yearns to have a family for just a while. But the tenderness of Sean’s touch soothes Nicki’s fears as well as little Sona’s. Now Nicki aches to become a family forever… and she refuses to believe she can’t make this dream come true. 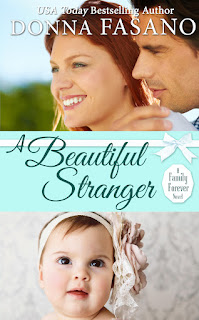 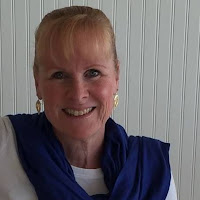 USA Today Bestselling Author Donna Fasano has written over 30 romance and women's fiction books that have sold 4 million copies worldwide. Her books have won numerous awards and have been published in nearly 2 dozen languages. 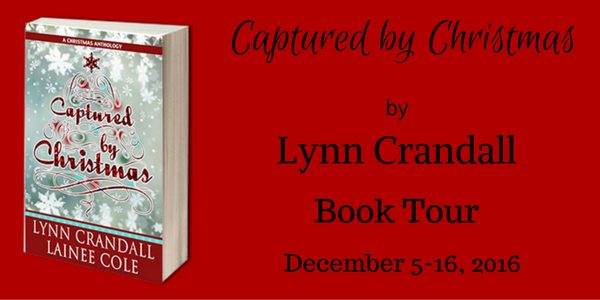 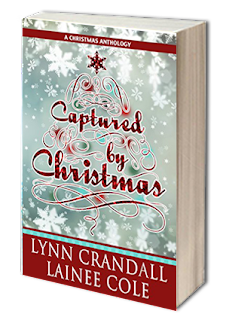 It’s Christmas, and the season of holly, Christmas trees, and goodwill is drifting on air in merry holiday wishes. Romantic suspense and paranormal author Lynn Crandall and contemporary author Lainee Cole present in their own way two stories of love in Captured by Christmas. However it finds you—under a Christmas tree or drifted in snow in a backwoods cabin—the spirit of the season will wrap you in love.

In Snowbound, Lynn Crandall lets readers check in on favorite Fierce Hearts series were-lynx characters Kennedy Mitchell and Asher Monroe as they uncover the identity of the creature scaring the humans in Octavia, a small rural community in northern Michigan. Plans for an intimate getaway and family-style holiday are crumbling as the snow piles higher and Kennedy and Asher find themselves snowbound with a killer outside their door.

In The Mistletoe Effect, Christmas is second-grade teacher Tess McCall’s least favorite holiday, but she’s doing her best not to let it show. Learning he’s a father to seven-year-old Holly makes Alex Randle anxious about the upcoming holidays. When Tess’s class starts reading to shelter dogs, Holly and the antics of shelter dog Mistletoe lead them all to rediscover the magic of Christmas. 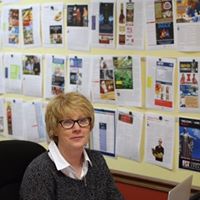 I started spinning stories as a child when I tried to entertain my younger sister at night when we were supposed to be going to sleep. In the dark, my stories typically took on a scary or paranormal element -- didn't do much to put us to sleep. Today, I hope my stories still fail to put readers to sleep, but rather take them on a journey. That's what I've been on since I decided to make writing my focus. As a reporter and magazine feature writer, I truly enjoy learning as I work on stories. As a romance writer, I enjoy doing the research and following an evolving story of my characters. I'm still learning as I go. 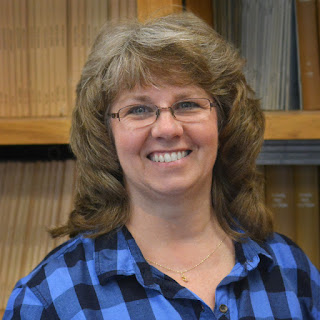 Lainee Cole’s love affair with books began when she was young, and her mother encouraged her love of reading. By the time she was in seventh grade, Lainee was making up her own stories and poems, exploring various styles of writing. Ah, the drama of junior high. She wouldn't go back to those days for anything! But reading voraciously and exploring different types of writing led her to romances. She loves the challenge of writing romance, developing characters and figuring out what makes them tick. They often take on a life of their own, surprising and annoying her. But they also give her hope and inspire her to follow her dreams. Lainee strives to write stories that will make readers laugh and cry, give them hope, and encourage them to believe in the power of love.

Posted by Unknown at 4:50 AM No comments:

COVER REAL of FALLING FOR THE PLAYER: JESSICA LEE 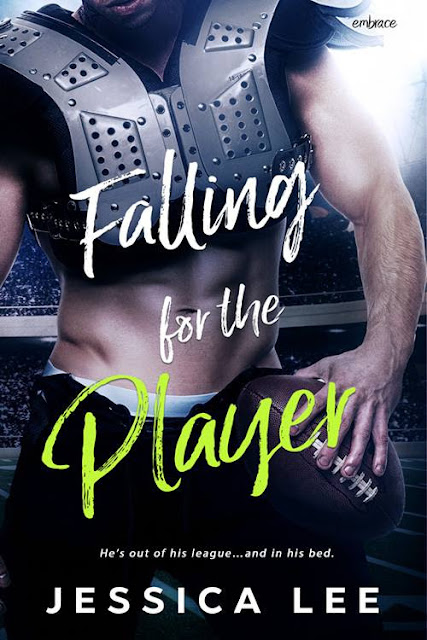 Bad boy and former NFL running back Patrick Guinness is tired of meaningless sex. Ever since his scorching hot one-night stand three years ago, no one has interested him. So when Max Segreti wanders into his mechanic shop—and his life again—Patrick can't stop thinking about the totally-out-of-his-league law student and the possibility of getting him out of his system once and for all…

Max Segreti has spent his entire life doing what his father wants. But when he runs into the hotter-than-hell player he’s never been able to forget, he’s not thinking about studying for the bar. A distraction is the last thing he needs, but after an encounter leaves him wanting more, Max embraces the chaos that Patrick brings…even as he knows it can’t last. They're too different to ever have a future together.

“If you want, next time can be on you.”
“Next time, huh?” Patrick barked out brief laugh. “You think me and you should have dinner again?”
Max shrugged. “Why not?”
“Why would you want to?” His expression twisted as if in confusion.
“Because of this.” Before Max could give himself another second to think about the consequences, he grabbed Patrick by the front of his shirt and sealed his lips over the other guy’s. The redhead’s breath hitched at the contact, his body tensing beneath Max’s fingers. Max tilted his head, opened his mouth, and deepened the kiss. Patrick responded, his hands cupping the back of Max’s head, holding him steady. Someone groaned, but he had no idea at the moment who. All he could think about was how good the guy kissed. He was perfection against Max’s mouth, his flesh.
Patrick jerked his head away, his fingertips biting into Max’s scalp. The sharp sting should’ve hurt. Instead, a sizzling arrow of pleasure shot straight to the head of his cock.
“Dammit,” Max moaned. “I want you.”
Groaning, Patrick’s hands slid from Max’s head and pushed him back. “We need to stop.”
What? Max shoved his fingers through his hair as if the action could somehow help his brain to make sense of what had just happened. “What’s wrong?”
Patrick rounded the front of his truck, shaking his head. “Everything about this—you and me—that’s what.” Patrick jerked his truck’s door open. “I gotta go.” He climbed inside and was gone before Max could form a coherent thought.
Shit… He slumped against the parking meter. He’d royally screwed up. Handled the moment all wrong. 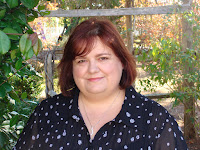 Jessica Lee is an EPIC eBook Award winner and international bestselling author of paranormal romance. She lives in the southeastern United States with her husband and son. In her former life, Jessica was a science geek and spent over twenty-five years as a nurse. But after the birth of her son, she left her medical career behind. During that transition, she discovered her passion for writing romance and has never looked back. Jessica Lee is currently published with Entangled Publishing and Resplendence Publishing. Plus she has several self published titles available.