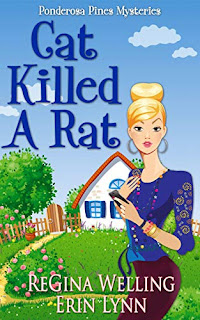 Nothing bad ever happens in Ponderosa Pines

Against Detective Nate Harper and Deputy Dalton Burnsoll’s orders, Chloe and EV mount their own investigation—but what they uncover might just rock the community to its very core. Could one of their own beloved citizens really be a killer?

Ponderosa Pines’ handyman, Luther Plunkett, is found dead. He only meant to fix a piece of loose trim leading up to the cathedral ceiling, but somehow plunged to his death off a rickety ladder. While a church is a great place to worship, it’s a lousy place to be murdered in, and that’s what rumors are suggesting. What with the town set for an important vote on a vital issue, it lands in Chloe LaRue and friend EV Torrence’s laps to determine what really happened – and fast.

CAT KILLED A RAT by ReGina Welling and Erin Lynn is a VERY entertaining mystery. Part of the Ponderosa Pines Mysteries, the two authors joined forces to create some memorable characters. The plot holds its own and swiftly moves along, revealing a complex array of suspects and red herrings along the way. What I especially liked was the sparkling personalities of the two lead characters Emmalina Valentina Torrence (EV to her friends) and Chloe LaRue. They’re two very different personalities, but the eccentricities complement the relationship and don’t drag it down. I found the bond between them believable and the interactions/dialogue to be right on point.

There’s an original style going on in the series -- a real charm that makes it stand apart and hold its own. I appreciated that it introduces a whole slew of possibilities before the final reveal. All of the above makes figuring out who the culprit is challenging—and we mystery lovers love nothing more than a challenge!

I would highly recommend CAT KILLED A RAT to anyone craving a nice cozy mystery. It doesn’t take much to get caught up in the doings of Ponderosa Pines and its inhabitants, and I very much look forward to visiting again.

Four stars from me.

SCENE OF THE CRIME: Jennifer Chase 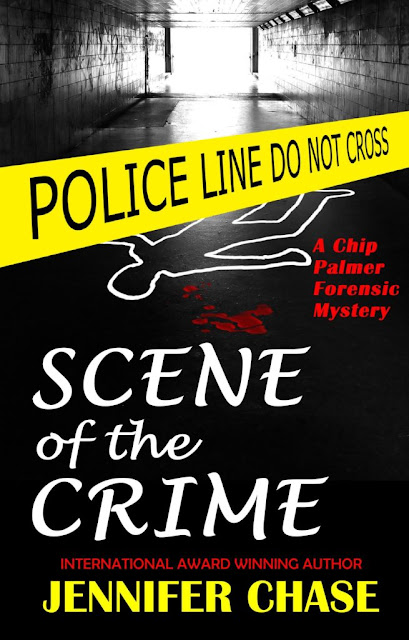 A calculating cold-blooded predator closes in…

When a community has barely recovered from a ruthless serial killer six months earlier; now two more horrifying murders hit the radar again. It leaves police burdened with two of the most shockingly contaminated crime scenes ever documented in California’s law enforcement history. The Slayer works behind the scenes as a sinister puppet master, precisely pulling the strings, taunting the police without leaving any viable evidence, and orchestrating his killer hit squads.

The sheriff and district attorney bring in the best investigators. Reunited again, Dr. Chip Palmer, a reclusive forensic expert, joins DA Inspector Kate Rawlins to sort through the crime scene aftermath in search of the truth—all without a probable suspect or a solid motive. Complicating the investigation—sparks reignite between the two.

Ratcheting up the suspense, Chip suffers a nasty fall hitting his head, impairing his perception and giving him a mind-blowing ability for specific detailed recall. Palmer and Rawlins assemble an unusual team including a rookie detective, a forensic supervisor, and an ex-military operative turned bodyguard. After one of their own is kidnapped and the investigation is taken over by the FBI, the now rogue team must pull together their own resources—alone—with a killer waiting to take each one of them out. Scene of the Crime takes no prisoners and leaves everyone fighting to stay alive. 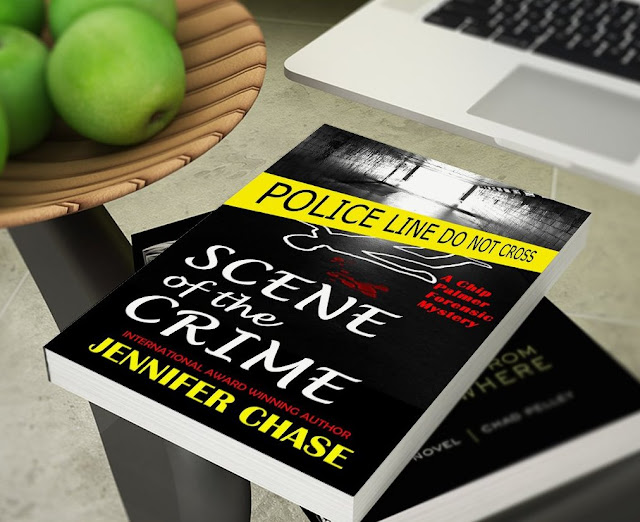 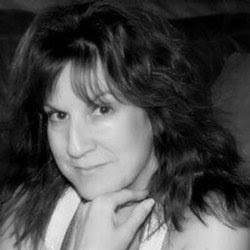 Jennifer Chase is a multi award-winning and best-selling crime fiction author, as well as a consulting criminologist. Jennifer holds a bachelor degree in police forensics and a master’s degree in criminology & criminal justice. These academic pursuits developed out of her curiosity about the criminal mind as well as from her own experience with a violent sociopath, providing Jennifer with deep personal investment in every story she tells. In addition, she holds certifications in serial crime and criminal profiling.  She is an affiliate member of the International Association of Forensic Criminologists, and member of the International Thriller Writers.

Other Books in the Series 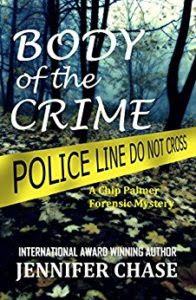 Visit us at Pump Up Your Book! 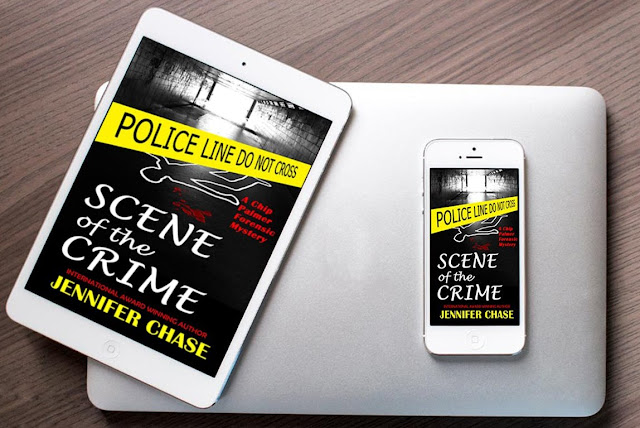 Can Bare Feet Benefit Your Writing?
You know that exhausted, tired feeling after a long day of standing on your feet? You come home and immediately kick your shoes off and peel away your socks—now that’s relief.  You even feel a little bit lighter and brighter in spirit once you have shed your shoes.
My writing quirk is working in my bare feet. I don’t really know if it’s a quirk rather than a preference. When I’m writing in my home office, I do so without shoes or socks. Why you ask? The only answer I can convey is that I like it. I feel more relaxed and ideas seem to flow easier.
I wanted to find out if there was really something about being more productive with bare feet. Once something grabs hold of my curious mind, I cannot seem to let it go until I’m satisfied with the answer. I began to research the “barefoot syndrome” and here are a few things that I found out.
There is actually a society called Society for Barefoot Living founded 1994 with over 1,400 members from around the world. Here is a quote from their homepage, “Set your feet free and your mind will follow…”
That’s interesting.
According to an article written in the New York Magazine, we walk wrong and we’re hurting our feet by wearing shoes. This immediately caught my attention and I probed a little bit further into this phenomenon to find out exactly why.
“Natural gait is biomechanically impossible for any shoe-wearing person,” wrote Dr. William A. Rossi in a 1999 article in Podiatry Management. “It took 4 million years to develop our unique human foot and our consequent distinctive form of gait, a remarkable feat of bioengineering. Yet, in only a few thousand years, and with one carelessly designed instrument, our shoes, we have warped the pure anatomical form of human gait, obstructing its engineering efficiency, afflicting it with strains and stresses and denying it its natural grace of form and ease of movement head to foot.”
There are definite health benefits of going bare foot. I was amazed to find out that my quirky habit when I write actually has some scientific merit to it. Think about all of the cultures and martial arts disciplines that involve being barefoot.
Kicking off your shoes can actually:
·     Keeps your feet properly exercised, agile, and in shape. Stronger feet help to make a stronger body. Wearing shoes can actually make your feet lazy and potentially increase the risk of injury.
·     Fights varicose veins by improving circulation.
·     Relaxes the body and mind.  It changes the mindset that we associate when we are wearing shoes.
I don’t know if I’m ready to toss all my shoes for the barefoot lifestyle, but I know that when I’m writing I feel more relaxed and ready to take on any storyline challenge with ease.

Jennifer Chase is a multi award-winning and best-selling crime fiction author, as well as a consulting criminologist. Jennifer holds a bachelor degree in police forensics and a master’s degree in criminology & criminal justice. These academic pursuits developed out of her curiosity about the criminal mind as well as from her own experience with a violent sociopath, providing Jennifer with deep personal investment in every story she tells. In addition, she holds certifications in serial crime and criminal profiling.  She is an affiliate member of the International Association of Forensic Criminologists, and member of the International Thriller Writers.

Visit us at Pump Up Your Book!