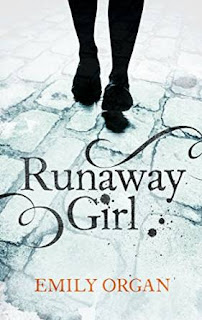 A girl is missing. And someone doesn’t want her found.
After the death of her family, Alice has chosen a quiet life of seclusion in a monastery. But she is hit by a personal tragedy which forces her to confront the dangers of medieval London.
When her 14 year old friend, Constance, vanishes, Alice’s life is turned upside down. Is Constance’s disappearance linked to a dead girl pulled from the Thames? Another girl is on the run - but who is she running from?
Alice’s desperate search stirs up something sinister and soon her own life is in danger. Powerful forces want to ensure the truth will never be uncovered.
Evoking the thrills and menace of 14th century London, Runaway Girl is a gripping, historical thriller which fans of C S Quinn and Karen Maitland will love.
~ * ~

REVIEW
An Absolutely Fantastic Read!
There’s a conspiracy afoot in 14th century London. Young girls are disappearing. Worst yet, nobody seems to notice. In the dead of night, two victims of this conspiracy are driven through London by their captors, but there’s an even bigger problem: one of them is dead. The girl that’s alive witnessed the murder, and her ability to identify the killer means she won’t remain alive much longer—not unless she can escape.
RUNAWAY GIRL by Emily Organ is a stunning winner in every possible way! Emily is such a gifted writer that she just sweeps you along in the tidal wave of this lovingly crafted story. Her characters are so fully fleshed out and developed that you swear you know them. When they hurt, you do, too. And the predicament of children disappearing tugs at our heartstrings as evil pervades and appears unstoppable.
I confess to the world that I loved RUNAWAY GIRL so much! I was one of the lucky few to receive an ARC copy, and I TORE through it … as in RAVAGED those pages. I couldn’t help it! It’s pure adventure and a nifty mystery to boot. It’s a huge departure from her previous novel and the risk paid off. It contains all the elements that will have you riveted to the pages.
Ms. Organ’s voice is unique and her mighty pen true. The writing is superb as is the storyline. The characters are like a Vermeer painting sprung to life. The heart of the story is Alice, a widow who works at a monastery that allows her sanctuary from life’s ills. She takes care of the children housed under St. Hugh’s stately arches, but she’s soon pulled into a maelstrom of evil when a young charge disappears right under everyone’s noses. Although the prior and police insist the girl ran away, Alice refuses to believe it was anything other than foul play, and means to bring her back no matter what the cost.
Brother Jon is another standout. He’s assigned by the prior to aid Alice in her investigation into what occurred. He’s resolute and determined, but Alice sees him more as a hindrance and barely tolerates him slowing her down. The way their relationship develops is so skillfully handled, and with danger dogging their every step, I wasn’t sure what was in store. And what would a mystery be without a villain? In RUNAWAY GIRL, Ms. Organ gives us a deliciously devious one. I was booing and hissing and wanting to throw tomatoes.
But for me, there’s one element that really pushed this story over the top, and that is: the element of surprise. Being confounded by the ingenious twists completely won me over. While most authors can deliver a grammatically sound sentence, they don’t often deliver in the department of keeping us off balance. I’m here to tell you that Ms. Organ has mastered this art! It sets her apart from the crowd and has made me one of her biggest fans. The fact it seems effortless, makes it all the more amazing!
I highly recommend and encourage readers to buy this book … most especially if you love historical thrills shrouded in mystery. Emily Organ is a new author that deserves to be heard. Five stars for this amazing read!
~ * ~ 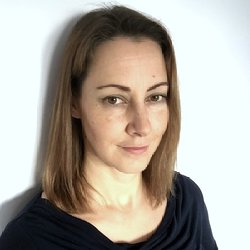 Emily Organ was born in the north of England and grew up in the south. Her debut novel, THE LAST DAY, was highly commended in a competition run by Bloomsbury Publishing and Mumsnet in 2012.
Emily has worked as a Victorian serving wench and a librarian and would have been an extra in the movie Pride & Prejudice if she hadn't fallen ill on the day of filming. She has written for and edited a range of lifestyle and parenting sites. You can keep up to date with her news by joining her at emilyorgan.co.uk/newsletter or on twitter @emilysorgan.
Contact Information
Newsletter: emilyorgan.co.uk/newsletter
Twitter: @emilysorgan